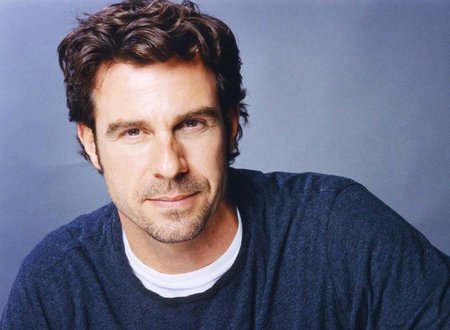 Today I became the TV.com Editor for the actor John Mese. What does that mean? Well, I now have editorial control for the content submitted for John. How did I get this title? By submitting enough content about him to earn enough points for the title. Now that you know the “what” and the “how”, you’re probably wondering the “why”, so I thought I’d give a little bit of the back story. Back in 1988, I needed an elective at LSU and I opted for an Acting 101 class. John was the instructor and I have to say, he was an excellent teacher. It was clear that he found acting exciting and he translated that into the class. It was a blast and I ended up getting an “A” and fueled by John’s love of acting, I decided to go on to the 201 class after that. Unfortunately, the 201 instructor sucked and I dropped the class. John ended up graduating from the Master of Fine Arts program, a graduate study curriculum in the Theatre Department, that year and moving to LA to pursue his career. While he was in Baton Rouge though, he was one a very cool guy to hang out with. I can’t say that we were friends really, I mean he was my instructor, but he was very approachable and fun to hang out with. I’ll never forget this party he through. He was living in an old shoe, or boot store (if memory serves) and he threw a party. I was lucky enough to be invited, so I invited a buddy of mine to go with me, since I didn’t know anyone other than John. We went and it was a blast. He played some of the worst music I’ve ever heard in my life, but it didn’t seem to matter because everyone was dancing and having a great time. I distinctly remember seeing John standing on a table howling up at the ceiling clearly enjoying his party as much as his guests. Since I’ve gone off on a tangent, I might as well go off on another. During his days at LSU, John had long hair that was all one-length. If you remember Dan Cortese when he was on MTV Sports, then I think you get the picture. He was quite proud of his hair too, which is understandable, and would pull it back into a pony tail. You’d never know that he was a Catholic High School graduate to look at him then. He was definitely NOT preppy in any way shape or form. OK, so back to the story. John graduates and moves to LA and although I wanted to continue acting, I dropped out of the 201 class because the instructor sucked. Even though I wasn’t in any classes, I had become involved with the local theatre community through my work as a trumpet player (my major in College). I played in “the pit” for several seasons of musicals at

Baton Rouge Little Theatre and other theatres around town. It was at one of these performances where I ran into John again. He was in town for the holidays and that’s when I learned that he had landed a a co-starring role on Reasonable Doubts as Marlee Matlin’s love interest. As you might imagine, John was quite the star backstage at the local community theatre and deservedly so. Since then, I haven’t seen John except for appearances on TV. Before I got hooked on TV.com this year, I never really knew when John was going to be on television, so when I saw him it would always be a surprise. Because of this, his name in my household has changed from John Mese to John Fkin’ Mese. My wife even says it! I know it sounds crude but allow me to explain. Holly (my wife) and I got into the series Sex And The City rather late. We don’t have HBO, so it wasn’t until I started using NetFlix that we began watching it on DVD. One evening, we’re sitting down engrossed in The Chicken Dance episode when John Mese suddenly walks into the scene and begins talking to Samantha. They say a few words and then leave together. I suddenly blurt out, “That’s John Fkin’ Mese!” He had one other scene in that episode, which was funny as hell, and although his role wasn’t that large it was very memorable. In fact, he’s mentioned in the Sex and the City Hotspots tour. Anyway, I think you get the idea of how his name has changed and why. 🙂 John hasn’t hit it big per se, but he does have a nice body of work and has been steadily employed now for over 15 years. Bottom line – he has had a solid acting career. John tends to make his roles memorable ones and overall he is a damn fine actor. He was most recently in Law & Order as “Jason Corley” in the episode Acid (another “Hey that’s John F**kin’ Mese” moment). So since I have a slight connection to him and know a little bit of his back story, I figured he’d be a good actor to try and become editor for. We have some common friends, so I might be able to interview him and get some more tidbits for the site, you never know. So there you have it. The whole story as to why I wanted to become John Mese’s editor. Sorry it wasn’t more exciting. I’m not stalking him, which would be kind of hard to do here in Nashville, TN, I don’t want to have his love child and I’m not a deranged crazed fan. I’m just his editor. 🙂